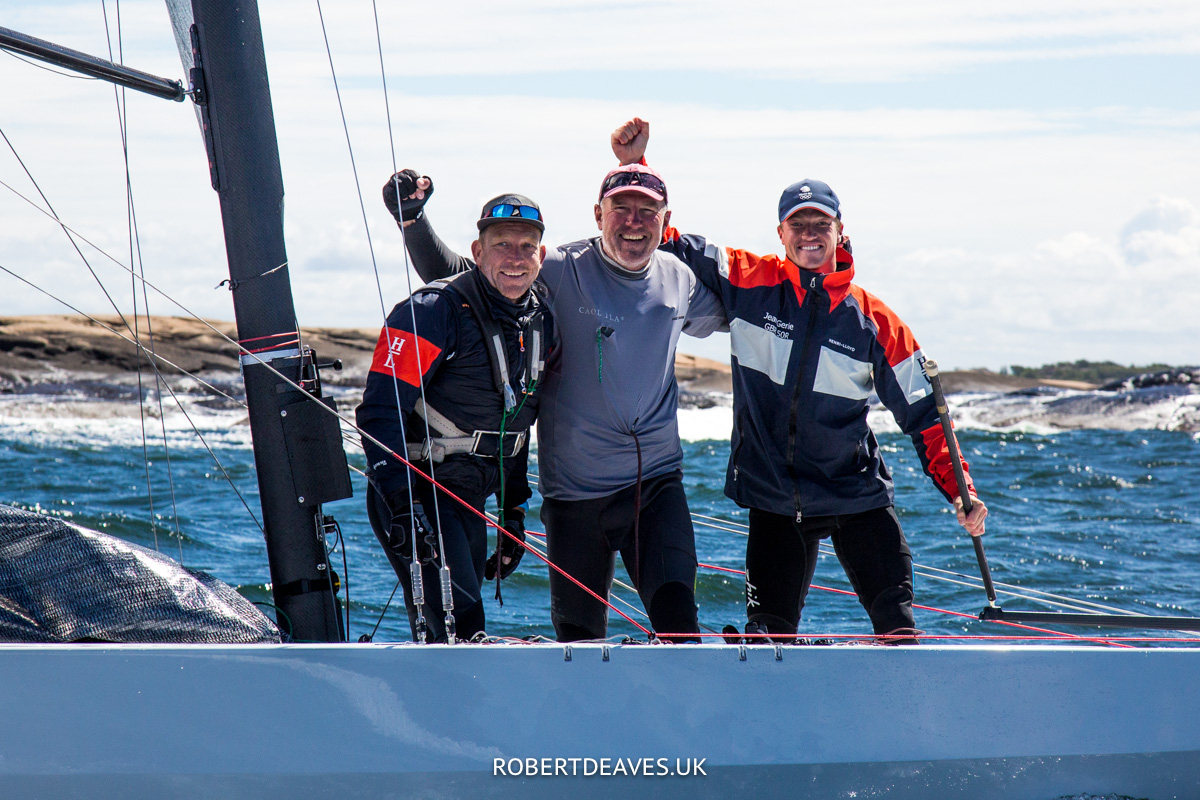 11.07.2022 Peter Morton’s Jean Genie (GBR 42, Elliot Hanson, Andrew Palfrey, Sam Haines), designed by David Hollom, and built in Cowes, UK, has won the 5.5 Metre World Championship in Hankø, Norway, on Tuesday, after winning both races on the final day. In the last ten days they have rewritten history by winning both the Scandinavian Gold Cup and the World Championship, becoming the first British boat to win either event.

New Moon II (BAH 24, Mark Holowesko, Christoph Burger, Anthony Nossiter) had led all week, only once outside the top three, but could only watch as Jean Genie sailed away from the fleet in both the final races. Defending champion Artemis (NOR 57, Kristian Nergaard, Johan Barne, Trond Solli Sæther) ended third.

Race 6 was sailed in 12-15 knots with Otto (NOR 68, Bent Christian Wilhelmsen, Lasse Berthelsen, Herve Cunningham) playing the shifts better than anyone to round ahead of Jean Genie. They rounded the gate together but then the British sailed away up the beat and extended downwind to win from Otto and Ku-Ring-Gai 3 (AUS 66, John Bacon, Terry Wetton, James Mayjor).

In a slightly increased breeze, Jean Genie started Race 7 mid-line and covered New Moon II on the first tack and then never looked back. Rounding with a 200 metre lead they shot off downwind to build a two-minute lead on the chasing pack. There was a lot of air between the British boat and the fleet but the pushed all the way for the biggest win of the week. Ku-Ring-Gai 3 sailed another amazing race to cross second, which moved her up to fourth overall, while New Moon II crossed third to take second overall.