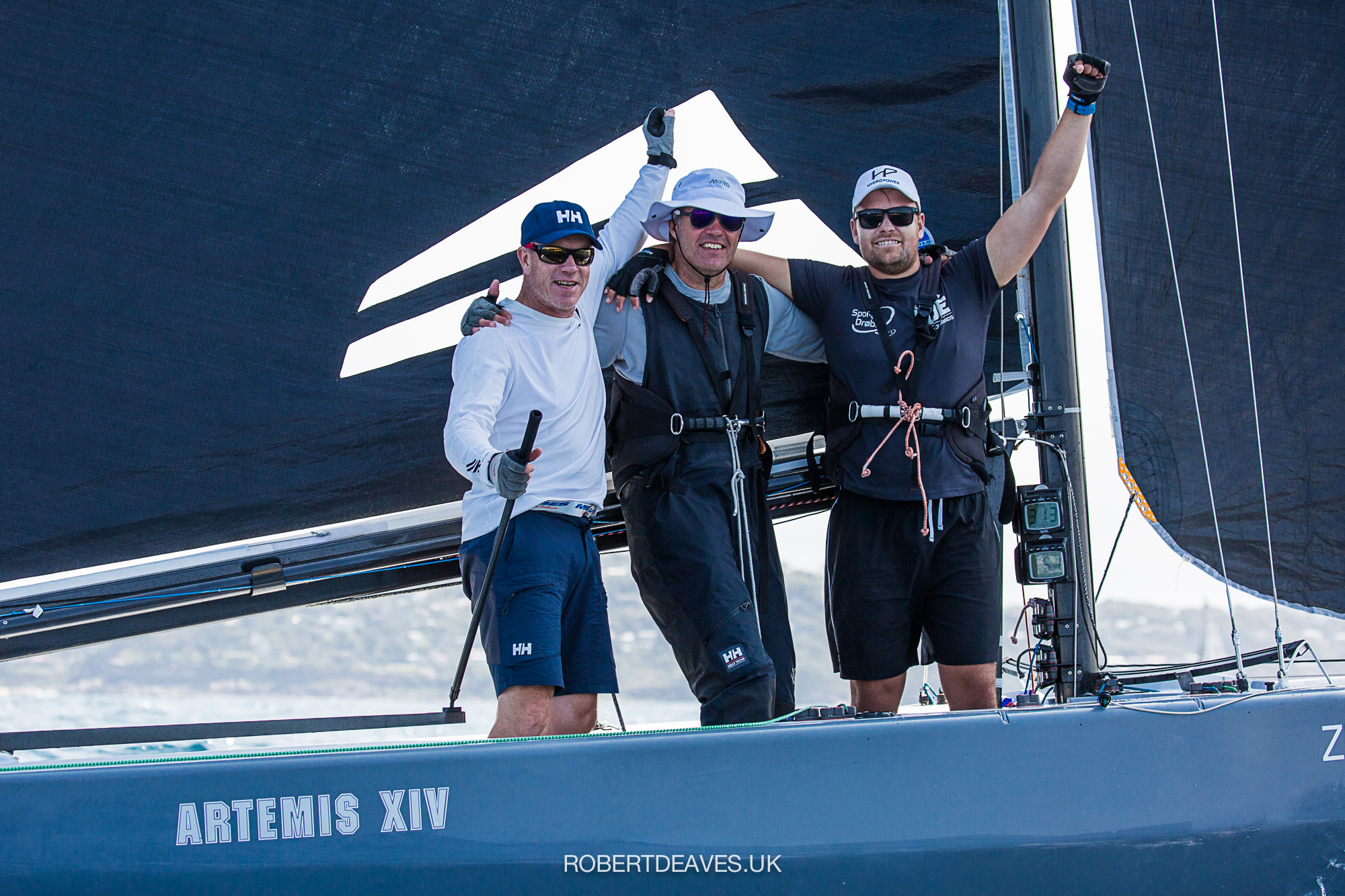 This year 5.5 Meter World Championship was held in Pittwater just 40 minutes drive north of the city center of Sidney. Royal Prince Alfred Yacht Club in Newport was the organizer. The yacht Club resides in maybe the best sailing area in this part of Australia and have access to very nice facilities with a spacious restaurant, conference rooms and much more. Nice place to wait before the start with other words.

There was some uncertainty around the bushfires before the races. However, this turned out to be less of an issue, except for one day when the smoke made visibility difficult at times. There were 24 boats representing 7 nations entering this years World Championship.
During welcome session held on the lawn in front of the Yacht Club by Dr. Martin Cross, Prince Albert Yacht Club, his opening remark was : You will experience all kinds of weather the following race days. And how right he was. Despite difficult weather, wind and wave conditions the race organisers did a wonderful job. The big challenge for some of us from Switzerland who are used to lake sailing with less waves had to struggle with the big swells. The swells caused some problems for the race organizers as well. The third day was cancelled. A storm had moved through the night before and brought much rain, wind and big waves. Typically the wind started out from the South East in the morning and turned North East during the afternoon.

Throughout the regatta there was one Norwegian boat which kept winning. This boat was Artemis. She was helmed by the skipper, Kristian Neergaard. Four boats kept competing for the remaining top positions : New Moon BAH 24, Ali Baba BAH 23, John B BAH 22 and Girls On Film GBR 40. The best Suisse boat out of three was Shaolin SUI 226 which was helmed by Cyrus Golchan, and crewed by Andreas Kindlimann and Hans Von Werdt. They secured sixth place overall followed closely by Zicca SUI201 with same number of points on 7th place, helmed and skippered by Tobias Isler and crewed by Rob Schrivenor and Will Mackenzie.

The top half of the final standing is shown below.